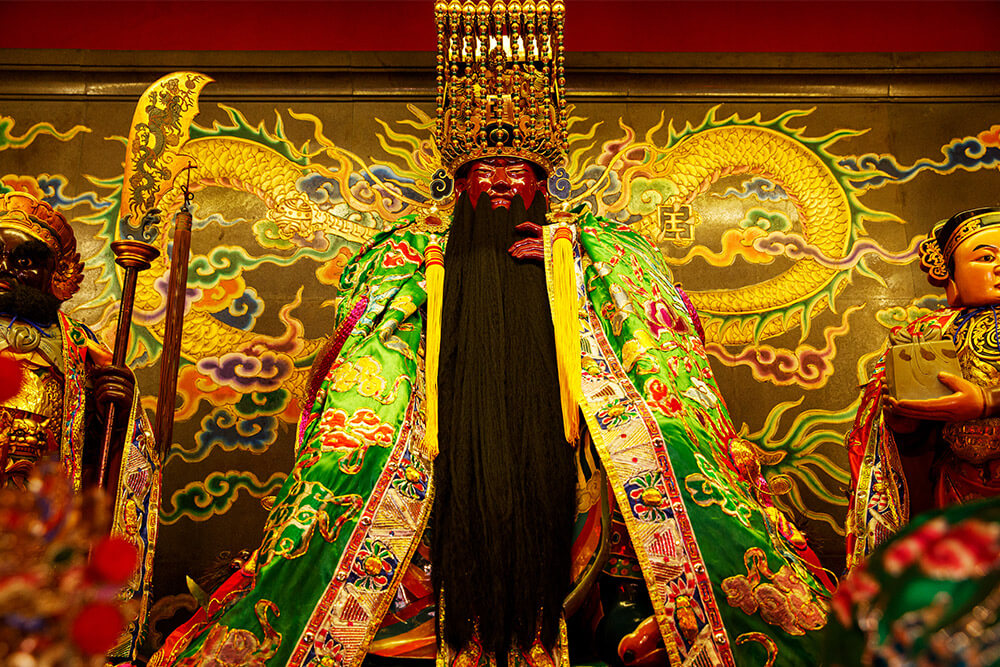 It is said that Guan Yu was born in the Changping Village of Xieliang-xian in Hedong (presently Xie-xian of Shanxi Province) in 160 A.D. on June 24th according to the lunar calendar. He started studying The I-Ching (Book of Changes) and The Chunqiu (Spring and Autumn Annals) under the tutelage of his grandfather Shipan at an early age and is said to have kept these books close with him at all times.

At the age of 18, Guan Yu inadvertently killed a member from a ruling family and exiled himself to Chou-xian. During his exile, he met fellow warriors Liu Bei and Zhang Fei with whom he forged deep bonds and took an oath of solidarity in brotherhood. The three warriors agreed to establish Liu Bei as the eldest, Guan Yu as the second and Zhang Fei the youngest. In the Garden of Peach Blossoms, they made a commitment to stabilize and serve the country to their last breath.

After the fall of the Later Han Dynasty, the three warriors aspired to establish the Shu Empire and enthrone Liu Bei. With the dedicated support from Guan Yu and Zhang Fei, Liu Bei became the emperor and solidified a strong foundation in the Shu Empire.

Guan Yu was captured and executed along with Guan Ping by the allied forces of Cao Cao and Sun Quan in 219 A.D. at the age of 58. The Shu Empire and Liu Bei family built a temple in recognition and gratitude for Guan Yu’s loyalty and contributions, and many later dynasties followed suit.

Aside from being a skilled military general, Guan Yu was the inventor of the accounting method prevalent in ancient China. Merchants and business people in China deeply valued the acumen and integrity exhibited by Guan Yu in his commitments. The General was also a staunch ally to vulnerable populace and came to be worshipped as Lord Guan. Thousands of temples were established throughout China and around the world. Today, Guan Yu is commonly worshipped to bring business success and financial prosperity. 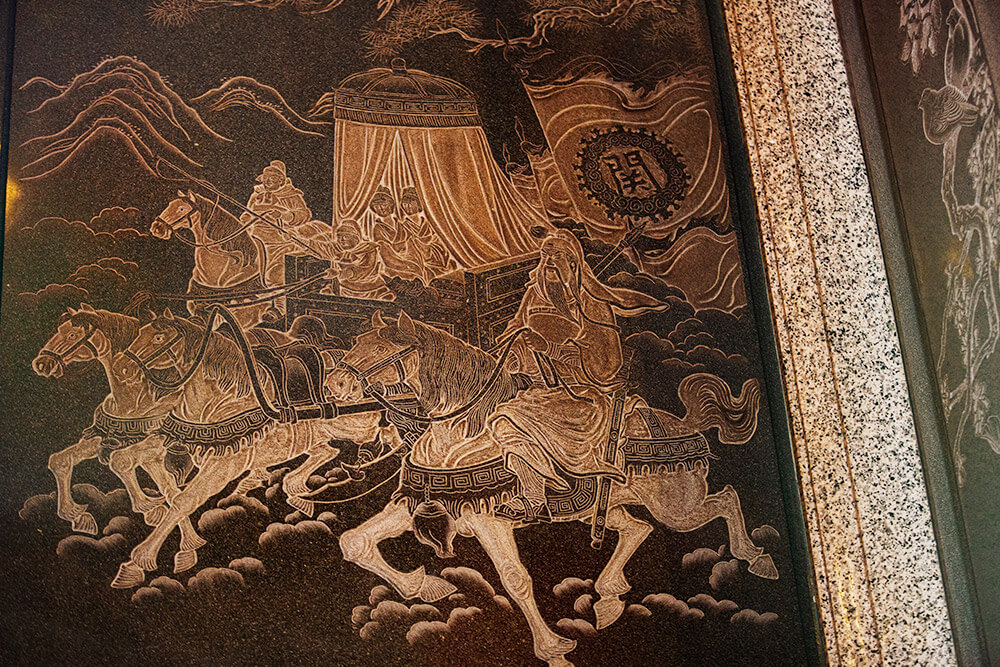 (Scene from the Three Kingdoms)